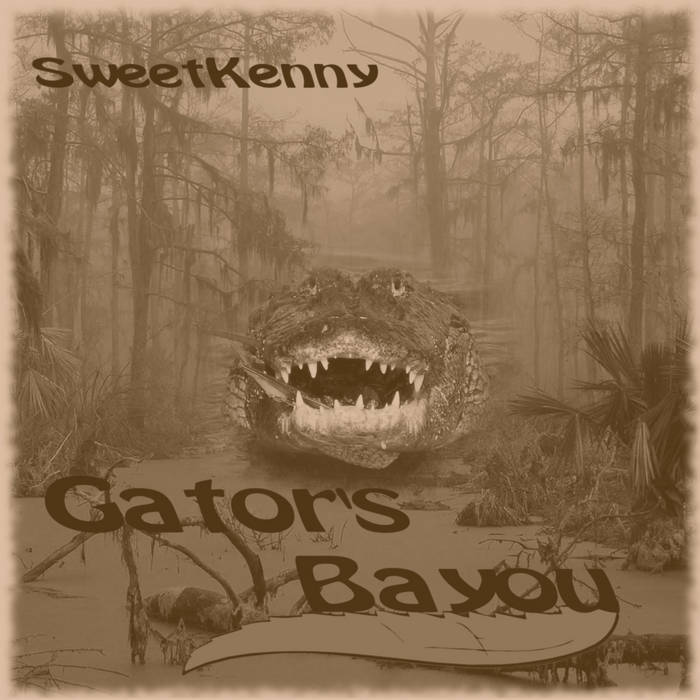 When I started writing the music for this album, I was really looking to compose a score that could be use in
film, tv and games.
I just wanted to have a score album that would give projects that something extra, with some funny things in
it.
So I started to checkout some old movies, like " Gator " and " White Lightning ", film's made in the 60's and
70's with that type of adventure in it.
I look at some cartoons too with that style of music also. man youtube is great for stuff like this, I found so
much that it was hard to stay on my own idea of what I wanted.
What I came up with is an album of fun and adventure, the song " Gator Bait " is a take off of the intro theme
of " White Lightning and Inglorious Basterds " where the Sheriff drowns the two kids in the swamp, it's got
that doom feel to it, it's tempo is 79 bpm so it's slow. The song " Sheriff On The Hunt " is a funky 60's style
track with some bounce to it, it's tempo is set at 90 bpm, it has a blusy swamp feel with the bass and
guitar.track number 8 " The Swamp At Night " is kinda a spooky track, if you could just image yourself in the
dark swamp with all of the sounds of it, you would hear this track. track number 3 " Making Moon At Night " is
a very cool track with a tempo of 170 bpm to it, I can just see these shiners running around making moon.
The whole album is just pure fun with a lot of adventure to it. It's a 11 track album that I'm sure any film, tv
show or game would love to have in their project.
SweetKenny's " Gator's Bayou " will be officially released on June 27, 2016 and is being sold through 24
Hour Distribution! as a downloadable album and on Bandcamp.com. you can find SweetKenny on Spotify,
Amazon, Cd Baby, and iTunes, and Bandpage as well as other media outlets on the web.
SweetKenny ( Ken ) is now writing a new music for " film / tv and gaming " and is working on branching out
into this field of music.
As a long time solo artist / composer, SweetKenny is also making a strong presence on social networking
sites like facebook and ReverbNation, and WoodBangers.com, in which he's number 1 on both site's and
climbing the general and global charts as well.

Kenneth M. Sutton aka “SweetKenny” is an American Composer / Songwriter
from Michigan.
you can find out more on SweetKenny at his website. www.sweetkenny.com

Bandcamp Daily  your guide to the world of Bandcamp

Benji B talks about his new compilation ‘Deviation Classics’